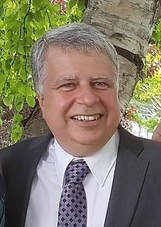 ​Pastor Steve grew up in the community of Elmira in Waterloo County.  As a child and teen, Pastor Steve   attended Sunday School and church where he learned the basics of Christianity.  However, it wasn’t until he   was sixteen years old that he placed his trust in Jesus Christ as his Lord and Savior and began following Jesus.   Pastor Steve felt called to the ministry while studying at Emmanuel Bible College in Kitchener where he   earned a Bachelor of Theology degree.  He continued his studies at Providence Seminary in Manitoba graduating with  a Master of Arts degree.  After graduation, he served in two rural interim pastorates in Manitoba until being called to Moosehorn Baptist Church in the remote cattle ranching community of Moosehorn, Manitoba.  It was while in Moosehorn that Pastor Steve married his wife Debra. Pastor Steve and Debra then moved to Kenora, Ontario after Steve was called to Kenora Bible Church.  Although they enjoyed ministry in the north (where Pastor Steve could go fishing and call it “Men’s Ministry”), Pastor Steve and Deb followed the call to Grace Bible Chapel in the Southwestern Ontario village of Parkhill.  After eleven fruitful years of ministry, Pastor Steve was appointed as the pastor of Grace Church here in Sherkston.
Pastor Steve is passionate about helping people both place their trust in Jesus Christ for salvation from sin and in helping them become mature in their faith.  He loves to see peoples’ live change as they learn the Word of God and the Holy Spirit works to produce His fruit in them.  In his spare time, Pastor Steve likes woodworking, gardening, reading, canoeing, and exploring new places with Debra.   Pastor Steve and Debra have two grown children, Zachary and Naomi. 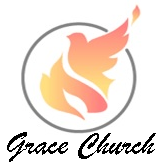 To know Him and to make Him known, through passion, love and community.